Barleyhill Road (sometimes spelt Barley Hill Road) was formerly called ‘Occupation Lane’ (or ‘The Occy’ locally) and connects the bottom of Main Street with Wakefield Road. Barleyhill Road was the former site of two schools but is much changed now as both have been demolished and new housing built.

Here we begin near Main St. at the former site of St. Joseph's School and move along past the playing fields and bowling greens towards Wakefield Road.

This is St. Joseph’s Catholic School in Barley Hill Road, which was also used as a church. The building went up in 1883 and was used until 1967 when St. Benedict’s was built near the station [2].

The building was used as a carpet warehouse for many years, and that is what I remember it as from growing up. The building was demolished around 2000 to make way for new flats to be built, which were named St. Joseph’s Court in remembrance of the school. 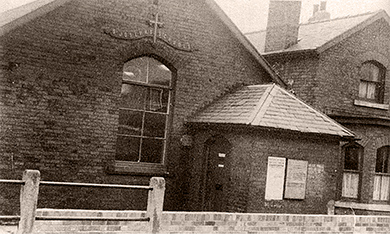 These are photos of Barley Hill Road Infants School (formerly Barley Hill Road Council School), which was opened in 1907 [2]. This was my first school, way back in 1987, and have fond memories of it! I had previously been to nursery as well which was located in a cabin type thing at the bottom of the playground.

I have also trained at the school twice. The Bushidokan Judo club used to train there until 1993 and when we re-opened Garforth Kenpo Karate in 1997 that was the first place that we trained.

The school was lovely inside; the main hall had a high ceiling and an old parquet floor with two classrooms off to each side. The back of the school towards the playground seemed to be set up for offices. I can remember the headmistress’ office was back there but I can’t really remember what else.

The school was demolished in 2007 (in its centenary year though there was nobody left to celebrate it) and new houses built on Barley Fields Close in its place. West Garforth Junior School (my second school) has been re-built as Strawberry Fields Primary School and now serves both infant and junior school levels, so the infants school became redundant. 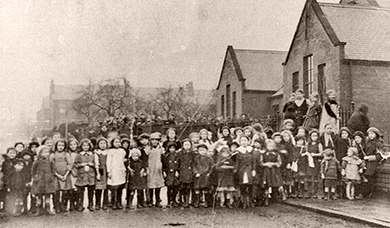 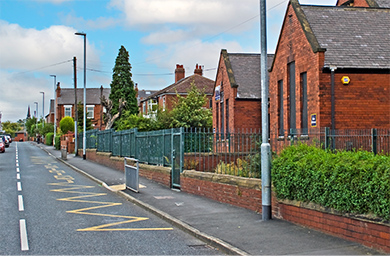 The top of Poplar Avenue is on the right hand side of the picture and the area on the left is where the bowling greens are now. 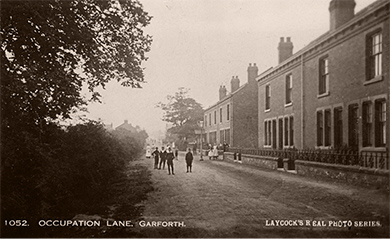 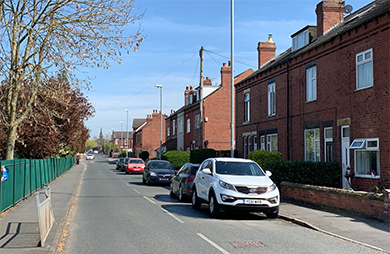 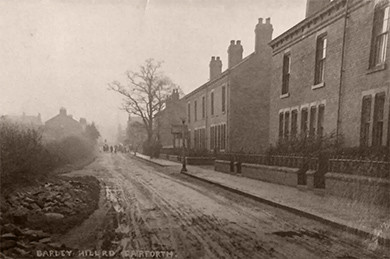